Founded in 1642, Warwick has plenty of places to transport you back to simpler times. Visit one of our historic sites, lovingly and painstakingly restored that function as a one-of-a-kind home as well as an irreplaceable part of Rhode Island history. Now a community center and meeting hall, this building used to be a boathouse. This is the headquarters for the Gaspee Days Committee, the Pawtuxet Village Association and Pawtuxet Land Trust. Clouds Hill Victorian House Museum, a 501(c)3 charitable organization, is a house museum located in Warwick, Rhode Island, and has been referred to as one of Rhode Island’s hidden treasures.

A private home that has remained in the same family since it was built; the house is also a museum and opens to the public.

The house is an important part of the history of the City of Warwick and the State of Rhode Island. It was built in 1872 by William Smith Slater for his daughter, Elizabeth Ives Slater, on her marriage to Alfred Augustus Reed, Jr. It has remained in the family since it was built, passing from female to female until reaching the current owner. 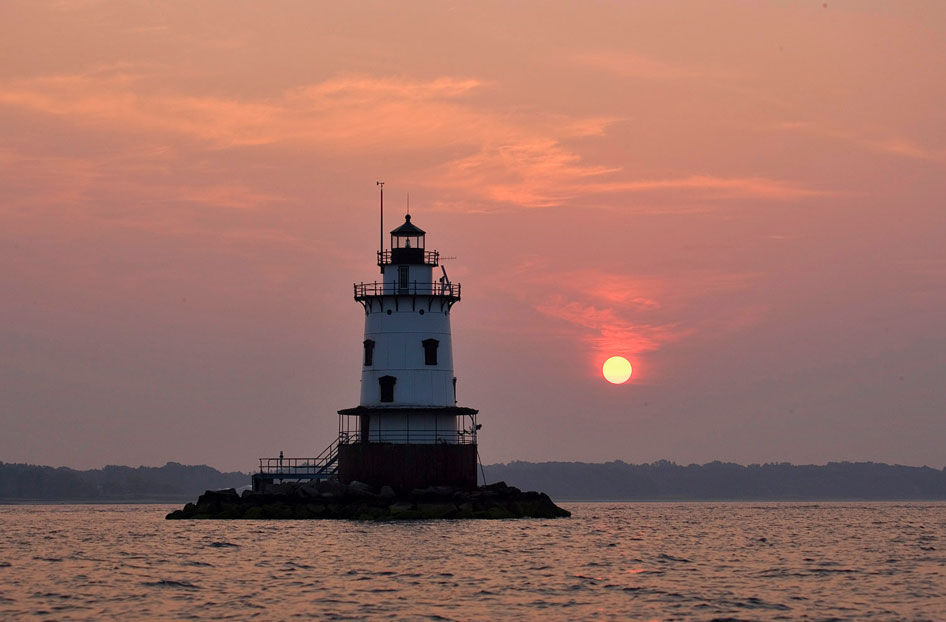 The Conimicut Lighthouse sits offshore on a rocky ledge at the edge of Conimicut Point Park, and is not open to visitors. Built in 1868 to help aid boats in the dangerous rocky waters between Rocky Point and Bristol, the lighthouse had no quarters; keepers were forced to take rowboats out to the lighthouse each day. The first quarters were built in 1874, but were soon destroyed by an ice floe and never were reconstructed.

In 1960, this was the last lighthouse in the country to be electrified; prior to that, it’s bright white light, which signals every 2.5 seconds, was powered by kerosene. Today, it stands proudly in the distance for those viewing it from the park. 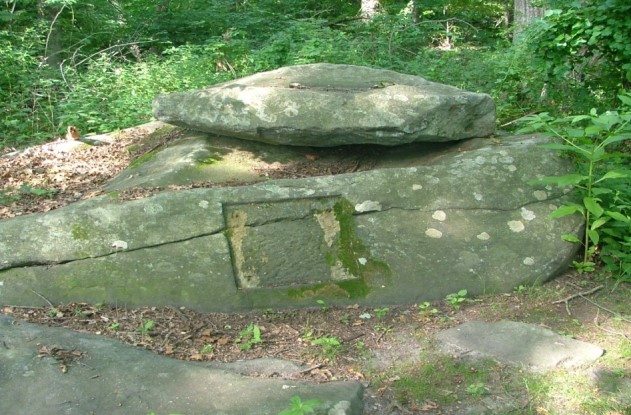 Legend has it that this rock once created a deep, booming sound, like a drum. Legend has it that Native Americans once used Drum Rock for sending messages. We do know that this was once a great gathering place for tribes converging near the Pequot Trail.

The rock itself was delicately balanced on two points and could be easily moved by hand, or rocked by the wind, and with that rocking, it created the distinctive sound.

At one time, the rock was the symbol of Apponaug, its image replicated for parades. Today, Drum Rock is silent, having been moved from it’s original position because it made too much noise for nearby neighbors. 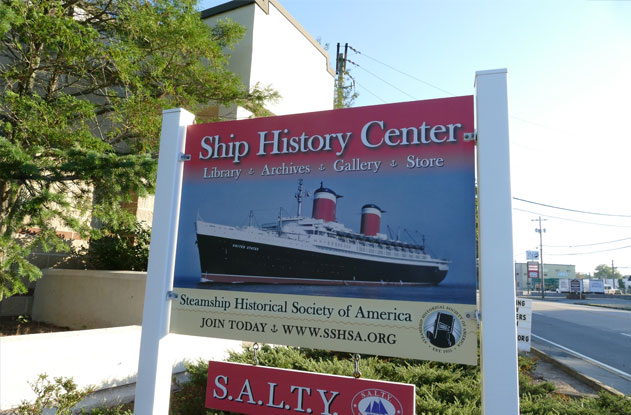 SSHSA stewards a collection of hundreds of thousands of images, artifacts, periodicals, artwork, official records, memorabilia, and ephemera archived in more than 100 collections, devoted exclusively to the history of engine-powered vessels, their passengers, and crew.  SSHSA also publishes the quarterly magazine PowerShips and has taken on the role of conservationist through their digital conservation project: The Image Porthole. 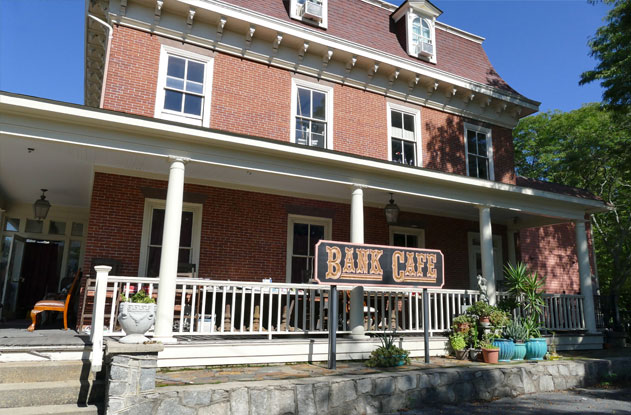 Located at 40 Post Road, the Bank Cafe was built in 1815 by the Rhodes family in the Federal style. A two and a half story structure, the Bank Cafe was originally the first bank in the area. The top floor was once a finishing school for girls, but since 1874, when James Tinker assumed ownership, the building has been used almost exclusively as a dining establishment. The bank’s original vault was used as a wine cellar. Currently a private dwelling.

An informative booklet, The Walking Tour of Historic Apponaug Village, published in 1998, is available at no cost from the Department of Tourism, Culture, and Development in City Hall. This book features over 30 historic structures in Apponaug Village, and for those who enjoy walking, helps to reveal the beauty and history that is Apponaug. Built in 1893-94, this building features a six-story clock tower which is visible for miles around. Designed by the architectural firm of William R. Walker & Son, City Hall cost $75,000 to erect and was built to replace the Town House, clerk’s office, and stables which had stood on this spot for the previous sixty years. On the second floor is the Town Scale and Council Chambers, while the remnants of what was once the city’s jail cells are in the basement. Tours of the building are available. Located at the very bottom of Warwick Neck, the Warwick Neck Lighthouse has always played an important role in helping to direct sea vessels in the upper part of Narragansett Bay. Even during colonial times, some sort of light beacon was always present at the point to aid the ferries that traveled between Warwick and Prudence Island and then onto Newport.

When Providence became the state’s most important seaport, the need for an actual lighthouse at Warwick Neck grew. In 1826, three acres of land was purchased from the Greene family for $750, and in 1827 the first lighthouse was built, followed two years later by the gatekeeper’s cottage. The cottage was remodeled in 1889 into it’s present six-room form.

In 1932, the cylindrical cast-iron light tower, standing 51 feet high, was erected, and this light tower has the distinction of being the last traditional lighthouse built in Rhode Island. The original location was 75 feet closer to the water, but because of extensive damage suffered to it’s foundation in the Hurricane of 1938, the lighthouse was moved back to it’s present spot.

Currently operated by the Coast Guard, this lighthouse has served as the site of the Easter Sunrise Service hosted by the Shawomet Baptist Church, since 1923, and it’s green light, signaling every 4 seconds, remains a visible symbol of Warwick’s early seafaring days.